This is all about why being prejudiced against drugs could stop you helping yourself or a friend or relative from beating cancer. We are not talking about chemotherapy and overkill. But off label ‘old’ drugs, no longer requiring kickbacks to their makers, and used for a different purpose than they were originally made for. This is groundbreaking. Please read on. Your life may depend on it. 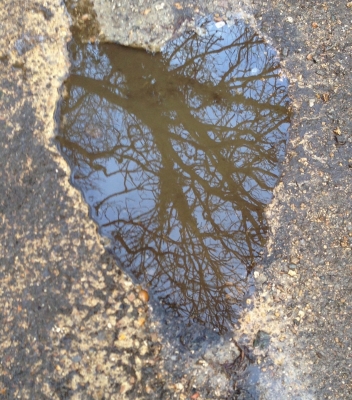 Tragically, its likely that this information is too late for many of us, who have lost to cancer close relatives, and dear friends and acquaintances. Yes, this information was out there 20 years ago! Buried to all but the most persistent searchers. And out of sight because of the reluctance to shift course amongst cancer professionals, aided and abetted by drug companies.  Their profits depend on new drugs, to keep us paying huge sums of money for them, when older and ‘out of patent’ drugs are out there doing a better job …..if only we knew about them.

Two weeks ago I invited my friend Robin Daly and his wife Nancy round for supper. Robin founded the charity Yes to Life, after his daughter died of cancer, 14 years after a rare cancer in her leg age 9. Having recovered from a second amputation on her left leg in early 2004 due to a bone tumour, she was faced with secondary cancer in her lung.

Overuse of radiotherapy contributed to her death, after remission and a further struggle which eventually failed. The charity has become one of the most innovative and informative cancer charities we have in the UK, and provides funding for complementary support and therapies to those with a diagnosis of cancer. Naturally our conversation turned to Robin’s work with the charity, and more particularly to his new venture with a radio show interviewing people with innovative contributions to the cancer debate. Robin had just done an interview with another friend, Phil Ridley, of the Weston A Price Foundation, so I was eager to find out more. New information is always out there waiting to be consumed. Robin did not disappoint. What he had to tell me was totally ground breaking, and I just had to write a blog on it as soon as possible.

Jane McLelland was diagnosed with Stage 4 cervical cancer 21 years ago. She had a 3% chance of living 5 years. She is a physiotherapist, and someone who did not sit back and wait for the inevitable to happen. But at first she relied on the medical profession within the system to do their ‘best’. But she lost her faith when the cancer spread to her lungs. She started to voraciously read survivor stories, and anything else she could lay her hands on. She found a new protocol for effective cancer treatment using drug combinations of immunotherapy and metabolic medicines, alongside conventional chemotherapy.

These repurposed drugs include Metformin, routinely used to treat diabetes. It also is shown to inhibit the development of cancer  cells. It seems to damage glucose metabolism essential to the survival of cancer cells. These cells have many glucose receptors on their surface.  Metformin is developed from French lavender, similar to berberine, and is low in toxicity.

The second drug is an early statin, Lovastatin. Shock. Horror. Statins. Yes, if you are openminded enough. Quite a test for me! Statins make less cholesterol available for the production of new cell walls in fast growing tumours. They also limit the amount of energy available.

The third drug is an antibiotic, Doxycyline, routinely used to treat acne. It seems to be linked to cancer cell destruction, among other things. There is a prevailing view that infection underlies every cancer, and antibiotics help with this problem.

Mebendozole, the fourth drug, is an anti-parasitic, which also disrupts the replication of cancer cells.

Jane only found out about repurposed drugs once the cancer had spread to her lungs, and half her lung had been removed by surgery. The point about the drugs is that it is only together that their effect is augmented, by a factor of 20. They also seem to augment chemotherapy significantly, such that only a low dose is required, if that is the route you choose to go down. Jane’s markers for squamous cell carcinoma dropped  from 150 to 40 within one month of chemotherapy and this drug protocol. 40 is well within the normal range.

Significantly this is not all Jane did to aid recovery. She also cut off the glucose that cancer cells need to survive by upping her fats and protein and cutting her

carboyhdrates. We are not meant to run on glucose, but from neolithic times we changed our metabolism, once wheat and grains were produced. Those foods should  be our emergency generator. Yet our Western diet now has shifted to glucose from wheat and grains as a main source of fuel for metabolism, with disastrous consequences.

The interview with Jane  demonstrates that these drugs work on the metabolism of cancer cells, rather than the conventional approach which focuses solely on the genetics. By working to stop the fuel being taken in, the cells are starved of glucose, growth factors are inhibited, immunity is enhanced, and oxygen is increased.

Her message is not one that says just rely on the drugs. Far from it. It is only with Integrative Medicine that a lasting remission will be encouraged. In the interview she talks about the centrality of the gut for the proper functioning of

the immune system, and places it at the root of most illness. If you have a ‘bad’ diet pathogens leak through the gut wall. Back then to the role of beneficial gut bacteria protecting our health. Voila! Think sauerkraut and other fermented foods, including kefir, on a regular basis as your insurance policy for good health and longevity.

If you get a diagnosis of cancer, or a friend or relative does, the advice is do not follow this protocol on your own. The Care Oncology Clinic in London, UK, is delivering this approach, and is there to monitor and supervise your treatment. It is run by a team of experienced and committed oncologists and consultants, who, in order to deliver this programme had to set up a private clinic, outside of their other medical work in conventional medicine. The Care Oncology Clinic is not funded by larger pharmaceutical companies or by the NHS. Its consultants attempt, wherever possible, to choose medicines that are effective and low cost, thus setting themselves apart from other colleagues who do not. The cancer treatment prescribed, as a result, is affordable to a wide range of patients, who are encouraged to add the clinic treatment to whatever else they choose to do to recover.

If you don’t live in the UK you need to find help nearer to home. As such this approach does not seem to have a name, but googling metabolic approaches to cancer could help, or contacting the clinic to ask for others using repurposed drugs. Opposition from established drug companies is bound to dissuade many clinicians from sticking their heads above the parapet. Opposition from colleagues is also a factor when it comes to challenging the status quo. That is why the consultants at The Care Oncology Clinic are able to survive: they already have respected positions within conventional medicine and can risk going out on a limb. Obviously, they also depend on patients to come forward to support their work. They are currently recruiting volunteers for a 5,000 patient research study to satisfy their critics that focusing on the metabolic approach to cancer, instead of the genetic, gets better results.

I am often in the position of holding back information from those with a cancer diagnosis, because it is too ‘unconventional’, too ‘alternative’, or too expensive. They are bombarded with advice, and want to do what their doctor or oncologist recommends, even though it is well known that oncologists are the last people to follow their own advice if they ever get cancer themselves.

Using this protocol does not fall into these categories. And there is room to do so many other things to support recovery, as Jane did, apart from the ketogenic diet. She threw the lot at it, in terms of mental, spiritual and creative. She survived to tell the tale 21 years later. Cancer is far too complex to say, well perhaps it was the meditation, or the art class! These drugs had a powerful effect on her remarkable recovery, when her mainstream doctors were predicting a losing battle.

How much longer do we have to wait, whilst others die because professionals refuse to change course? It has to be pressure from us that upsets the apple cart.

Its not an easy journey. But it has to be done because we can’t afford to wait. Its those brave enough to stand up against their colleagues that we need to support and to thank. It has come too late for my friends Robin and Nancy Daly. But they are making sure that its not too late for us.