A cowboy’s story of personal growth: acknowledging emotions as a force for change.

Home/Uncategorized/A cowboy’s story of personal growth: acknowledging emotions as a force for change.

A cowboy’s story of personal growth: acknowledging emotions as a force for change.

So as I near the end of the first phase of my journey looking at grasslands, the focus moves from the soil to people.

I set off on this mission to find out how we can rebalance our carbon output, not just cutting it, but also by holding carbon in the soil. That needs people to manage animals, moving them appropriately to allow forage regrowth, ground cover and water retention, and providing mulch and nutrients to feed the soil. 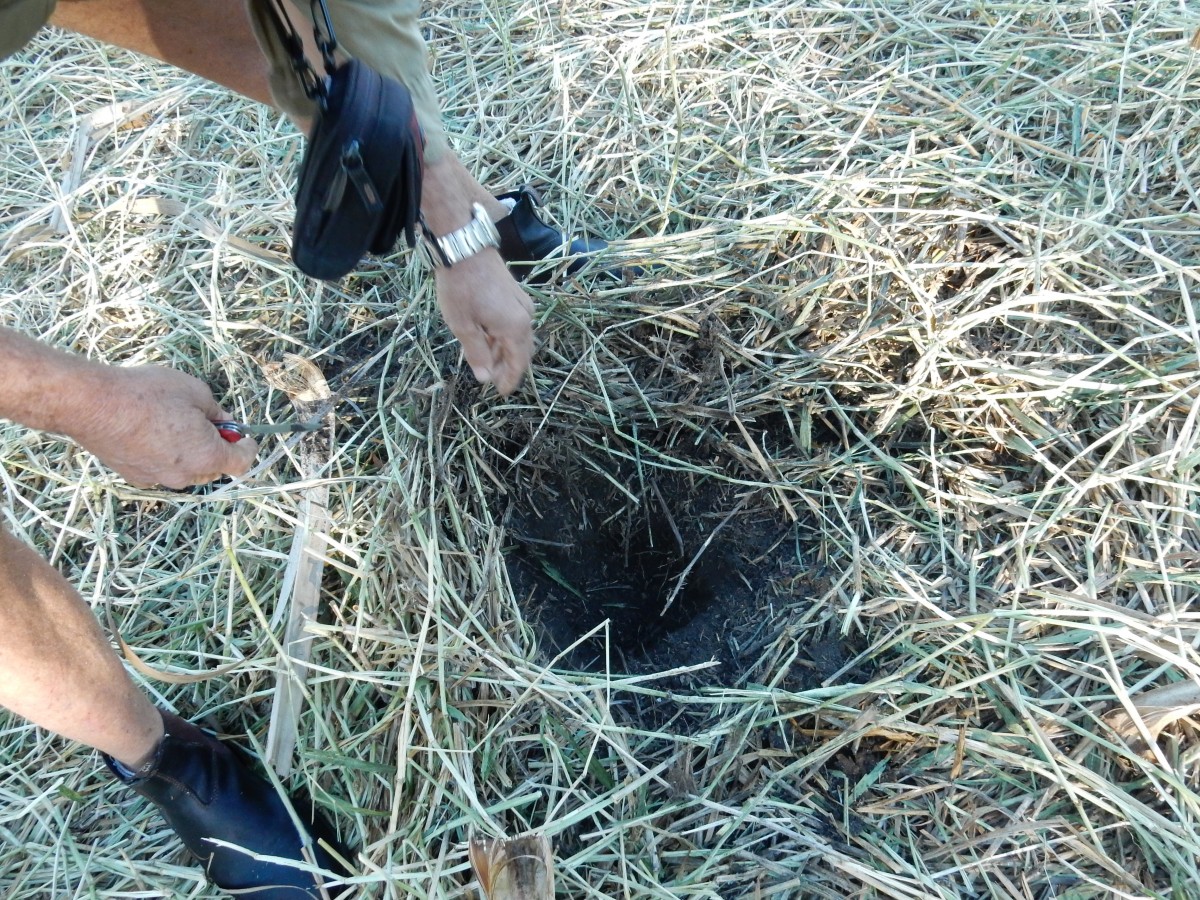 I walked with herders and their cattle and saw them heal the land in Zimbabwe. I saw pigs and chickens do the same in South Africa. I saw sheep and cattle farmers move into financial prosperity in Australia, when others stuck in old ways faced foreclosure from the banks. I saw ranchers in the US sell their beef as ‘beyond organic’, combining soil regeneration with animal health and nutritional superiority

My movement through three continents, across rejuvenated grasslands, denuded soil and tropical deserts, gave me unique access to how people live, not just those connected to the land, but also friends strategically placed to allow me to collect my thoughts and plan ahead.

It was easy to connect, when I really wanted to know. Each time as I settled into my new home from home, I had a unique opportunity to relate, in new and different ways than if I had been distracted by the daily routine of my ‘normal’ life in London. 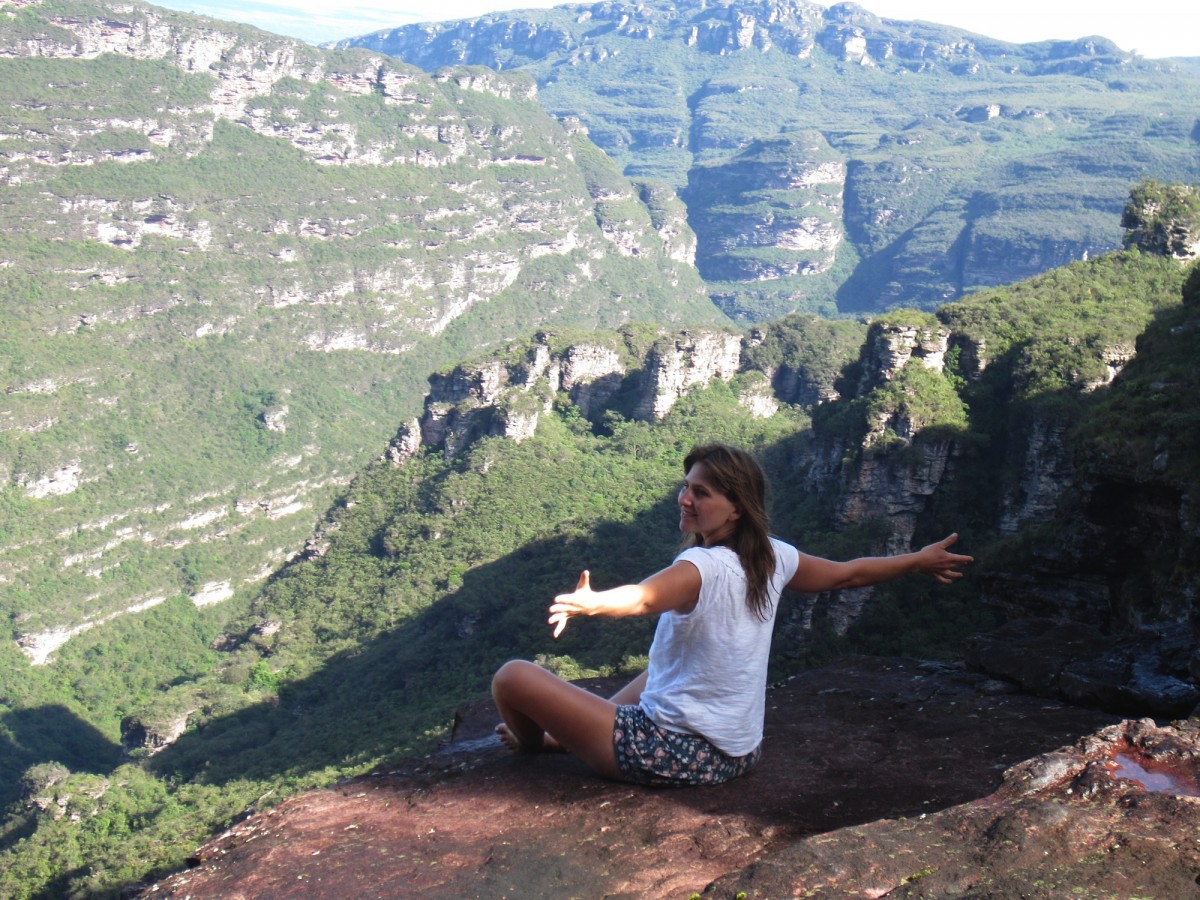 Holding the Space: opening up to embrace change, and the world that surrounds us

At this stage it is slowly dawning on me that adopting Holistic Management for the land also has the potential to transform lives.

Allan Savory and The Savory Institute argue that the tools of land management within the overall process they call Holistic Management, do more for us than merely cover the land, and allow carbon to be held in the soil. They show that if you have the right tools you can reorder priorities in all aspects of your life: in relationships, families, gender stereotypes, health, economics, and politics.

These are big claims, but its possible that within them lies a core universal truth: change won’t happen globally fast enough to prevent disaster until we work out how to manage ourselves and our emotions, just as much as how to conserve, regenerate and grow.

Bureaucracies and large organisations don’t change unless individuals within them change their consciousness, stick their necks out, and show the way. When all around them are digging their heels in, quoting ‘science’ that is ‘fixed’ and backed by lobbyists and large corporations that want to preserve the status quo for their own ends, rather than the greater good. Having the courage and the conviction to risk usually comes from people who have moved in more ways than just their opinion. Personal change on an individual level, leading to larger shifts on a broader level, may play more of a role than is immediately obvious. Moving from the left brain ‘order’, to the right brain ‘knowing’, something women are often more at home with, may hold the key.  This story of a ‘cowboy’ from Wyoming, and now Oregon illustrates the point.

Tony and Andrea Malmberg’s ranch was my last ‘stop’ in the US, at this point of the journey. It is in Union County, E Oregon. Tony is a Director of Grasslands, and Andrea is Director of Research and Knowldege at the Savory Institute. They also run a beef ranch, as well as teach Holistic Management. It took me some time to fully comprehend what they had done for conservation in Wyoming and Oregon. In fact I had not been asking the right questions, and it was only when Tony handed me a section of his writings on ‘Being Tough’ and ‘Manhugging’ that I fully realised how personal change can often lead to activists moving forward to more effective social and environmental change. 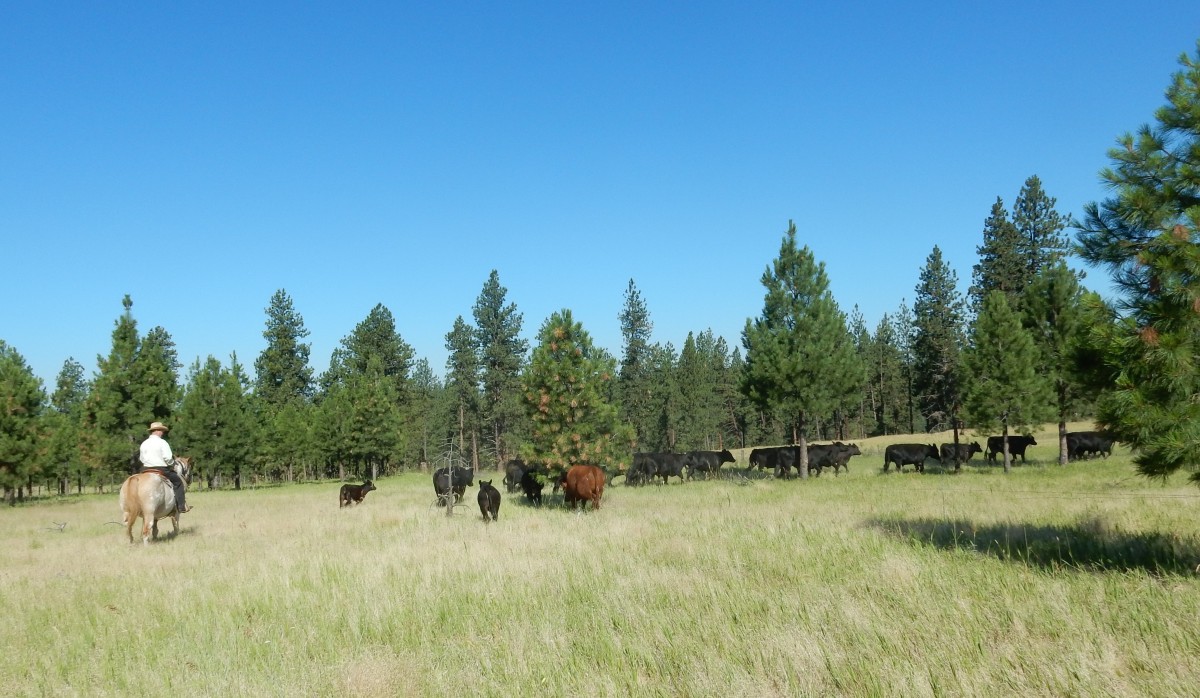 I’m covering the full extent of their conservation work, with Sage Grouse in Wyoming, and salmon via leasing water rights in the Catherine River, apart from their ranching work, in the book. This post is concentrating on Tony and how he shook off toughness, or more accurately denial, as part of the cowboy myth, to embrace empathy for others, even if they are different. And substantially increase the quality of his life and his relationships as a result. Although he insists that the cowboy culture has a deep respect for those who show empathy, he explains that the act of “being tough” resulted in pushing away his wounds, rather than acknowledging them and working with them.

Suffering the consequences, ignoring the pain

Being tough, as part of expanding new frontiers, was necessary. It is even necessary now in extreme situations, far from help. But most of the time it is not . It hit me when I realised that here I was in the US literally on the Oregon trail, with the ghosts of those hardy and brave men, women and children, who moved west in wagons to find land, prosperity and maybe even gold. Instead many faced death or abduction at the hands of the people who were there before them, or death from sickness, starvation, or being caught in a buffalo stampede. Tony’s great grandfather left Sweden never to return in the 1860s, and his grandfather ran away from home at 12 to ride as a cowboy, and later to ride with the Sioux. Without toughness they would not have survived.

Now in a different context Tony was faced with conservationists who threatened his way of life, development which threatened his landscape and his rangeland, and neighbours who moved in with different backgrounds and different perspectives. He could choose to play the old game and resist change, or open the door to his community and neighbours and find common cause, and solutions that worked for everyone. Opening up to emotions, letting go of how he thought manliness should be expressed, was the key to opening up to himself.

I realised that something was different in this household, because Andrea was full of praise for her husband’s single mined focus (as opposed to her needing to multitask as a woman) and his generous and open spirit. It was clear they worked as a team, with mutual support and admiration. 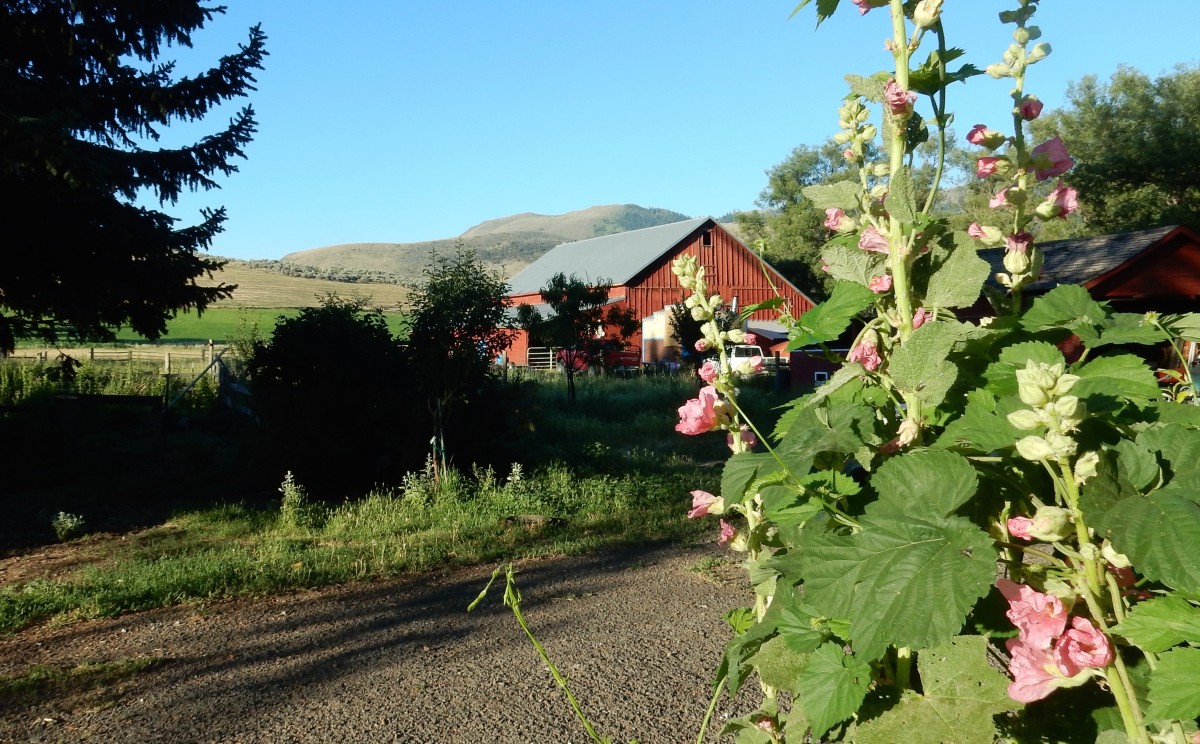 After years of working with the land to restore it, and with his own personal growth, he is convinced that we don’t ‘know’ anything until it is internalized at a gut level. We have to feel things, as well as notice them.

Practicing land management with eyes straight ahead could be a perfect description of those who ‘blindly’ follow old ways that lead to dying soil, and unproductive land, whilst stuck in old emotional paradigms. Holding on to old ways, in other words, is embedded on how we respond to the need for change on the outside, if we are blind to the need for change on the inside. We also get stuck because risking change is not an option when fear lies behind it.

What triggered such profound change for Tony was writing his autobiography for a Holistic Management (HM) course.

‘My intro to Holistic Management was 7-10 years after my emotional trauma of three crises in my life. Those scars had healed superficially but not internally. The process of learning HM brought those wounds out and massaged and soothed them in a way that accepted that pain as a part of who and what I was. Where the old act of “Being Tough,” merely put them up on a shelf and separated them from my being.’

Supporting Tony on his journey, Andrea Malmberg has a Masters in Applied Positive Psychology from the University of Pennsylvania. Providing something useable and practical, she has launched an online tool for addressing emotions and helping change: Life Energy

The focus is on the ways in which personal resources such as character development, core values, and thinking styles affect our experiences and the extent to which these personal resources can be altered by our experiences and purposeful activities. So, it has been found that using optimistic explanations for things that happen to you is associated with higher well-being, and that this is something that can be learned. One’s capacities are not entirely fixed, but are dynamic and can be enhanced. She created Life Energy after being inspired by the work of the New Economics Foundation (economics as if people and the planet mattered).

My favourite dressing up kit as a child in the fifties was my cowgirl outfit: fringed trousers, waistcoat, cowboy hat, and holster with guns. Imagine my curiosity, then, to watch vintage cowboy programmes with Tony one late afternoon. Being a cowboy still defines who he is, and what he does. Who better to encourage others to change than a cowboy who has put the work in, and created change, rather than one who is still stuck in old ways that are no longer relevant. By reaching out to conservationists, Tony and Andrea have created a template for change that is non confrontational and collaborative. None of this would have been possible if Tony had not been attracted to a process of land management which also addressed personal growth. If one ‘old’ cowboy can reach out to change then surely others can too?

Tony will be presenting a paper on ‘Being Tough’ at the Savory Institute Conference 2nd- 4th October 2015 in San Francisco, previewing his book on the same topic which will be published in the Autumn. Go to Life Energy to create solution focused action plans for positive change. 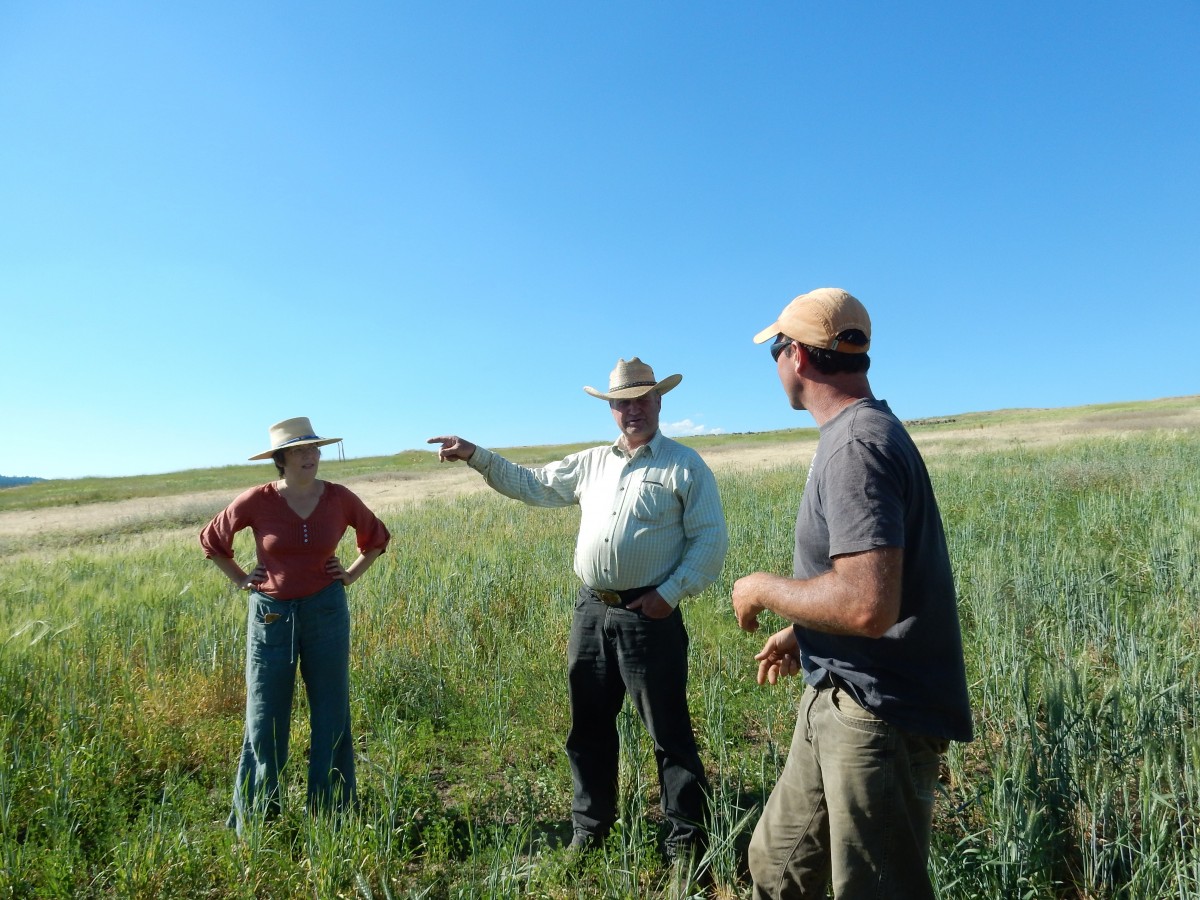