Managing Cows for Land Restoration: an Australian experiment in transforming the soil

Home/Uncategorized/Managing Cows for Land Restoration: an Australian experiment in transforming the soil

Managing Cows for Land Restoration: an Australian experiment in transforming the soil 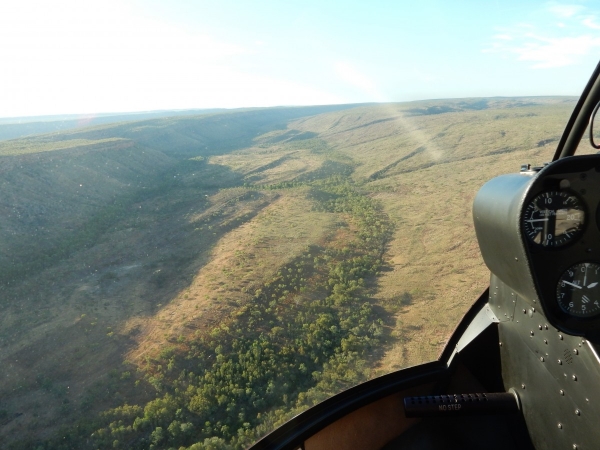 I am travelling for three months for my next book, on grasslands (and their link to the health of the planet, and therefore us). See the Allan Savory TED talk to understand what is involved. I started in Zimbabwe at the African Centre for Holistic Management, and moved through Botswana to S. Africa, and I’m now in Australia. I have met so many fascinating people, all profoundly concerned about how to restore our soil, not just from the effects of GM and chemicals. At the centre of this management system is animals, who when applied holistically, in each individual environment, can heal the land with the effect of their hooves, mulching, evenly fertilising and pruning plants. Seeds are regenerated, bacteria and fungi proliferate, and water is retained. Below are my observations on one visit in Western Australia, as I leave after a week’s stay.

My first thought as I flew into Kachana from Kununurra, Western Australia, was ‘Mad, mad, this is mad!’ For an escapee from London this was going to be great for a week. But to actually live here, and bring up a family, with no neighbours or road access, 40 minutes plane ride from the nearest town and shop …. for life? Arriving here in December 1991 Chris and Jacqueline Henggeler had nothing but rocks, sunshine and water. 23 years later they, their three children, their herd of cows and ponies plus one ex wild donkey and a sprinkling of chickens, have created a sanctuary of deep and living soil, and creeks with year long water. Where their resources and ‘cow/man’ power cannot reach, they are surrounded by a landscape of bare rocks and dying vegetation. 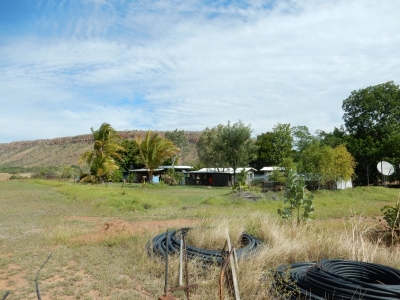 Ever heard of rainfall desert?! This is it, except for what grazing animals have achieved. For an area that produces some of the largest amounts of  rain that falls on Australia I was not seeing what I had imagined a tropical climate should foster. Something tragic was happening here, which must have implications for the rest of the planet. Not just here in the Kimberley, but also includes eg Arizona, Mexico, and Zimbabwe. 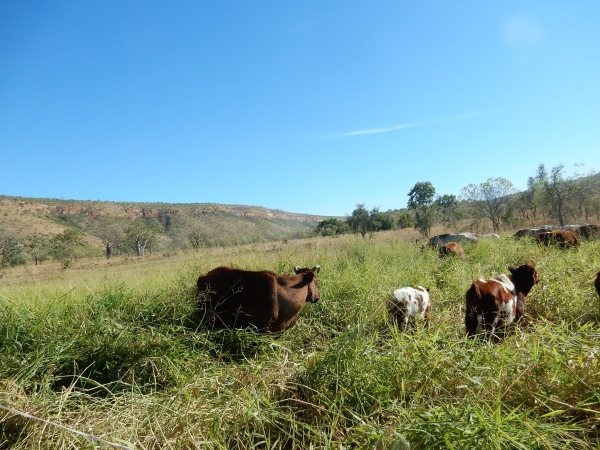 Going to grass, restoring the land 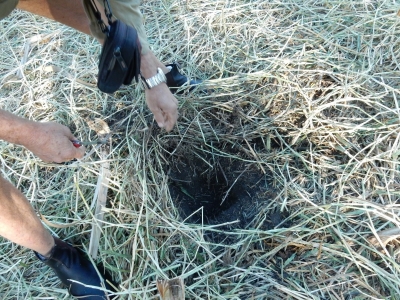 The answer lies in the ….

Chris Henggeler is Rhodesian born and raised, on the family farm, before it was taken away by the new Zimbabwean government.  Double outsiders with Swiss ancestry,  he is used to being ‘out on a limb’. Add to the mix his father’s pioneering approach to cattle herding, mimicking nature, and you have an interesting cocktail for visionary ideals and practical application, complemented by being a student of Allan Savory. 23 years down the track, he has had to scale back on his original vision. The other two families bailed out early on, and now that the Henggeler children are persuing skills that they can bring back later, there is a limit to what one man can do on his own. As a high-density low-duration herder using livestock to heal the land, Chris, his family and his animal workers have done enough to prove a point, if those wielding power behind their desks bothered to notice. Their attention has been grabbed on a few occasions, but seeing green pastures amidst eroded landscapes does not seem to interest them. They are locked into a different paradigm, which scuppers independent thought and daring solutions. Seeing is not believing. Seeing is disbelieving. Careers can’t afford to look back and admit mistakes. The planet can wait, cant it? Well, no, actually.

But lets turn to science to help us out here. What’s the point of dedicating your life to restoring soil, and riparian areas, in a bare and denuded landscape, miles from anywhere, and any road, if you can’t prove what you are doing is worthy of a salary from the rest of us. Even if there is no back-pay for the years of unacknowledged work already done.  At the Goven Ranch, US,  in August 2003 (sorry, this is old research but no less relevant)  a sample of soil from a parcel of land which has been massaged by cattle was taken and subjected to one drop of water. A timer registered its disappearance in less than one second. Gone. Soaked in. Vanished. Next lets move to land nearby which had been subjected to ‘rest’ by a Federal mandate for 15 years, with no grazing or crops in that time. The belief then, as now, was that cows were harmful because of overgrazing and over trampling (so they can be if not managed to be the opposite in brittle environments). All soil needed to recover was to be left to its own devices far from any human intervention, was the view from above. Now, at this new site of left alone land, the shovel met resistance, and brute force was needed to make any impression, just a few inches. Out came something that was light grey, not the rich black from the first sample. One drop was administered. They finally gave up waiting for it to be absorbed after two and a half minutes. From Gardeners of Eden, Rediscovering our Importance to Nature by Dan Dagget, 2005, p72. If science is observation, then this surely is telling us something we should act upon, fast! Slow forward to 2015 and what has changed? Not much, if the reaction of bureaucrats is anything to go by.

So tomorrow I leave this enchanted place, back to towns, and people needing others to provide food for them to consume. At the same time, oblivious of the need for environmental services that only ecological doctors could provide.  Do those of us dependent on people to manage the land ever think of the soil that others are entrusted to nurse or kill? Come back cows! You are only as guilty as those who look after you. Follow what Chris Henggeler does, healing the land and making it productive again, and give him some credit where credit is due. Your life may depend on it. 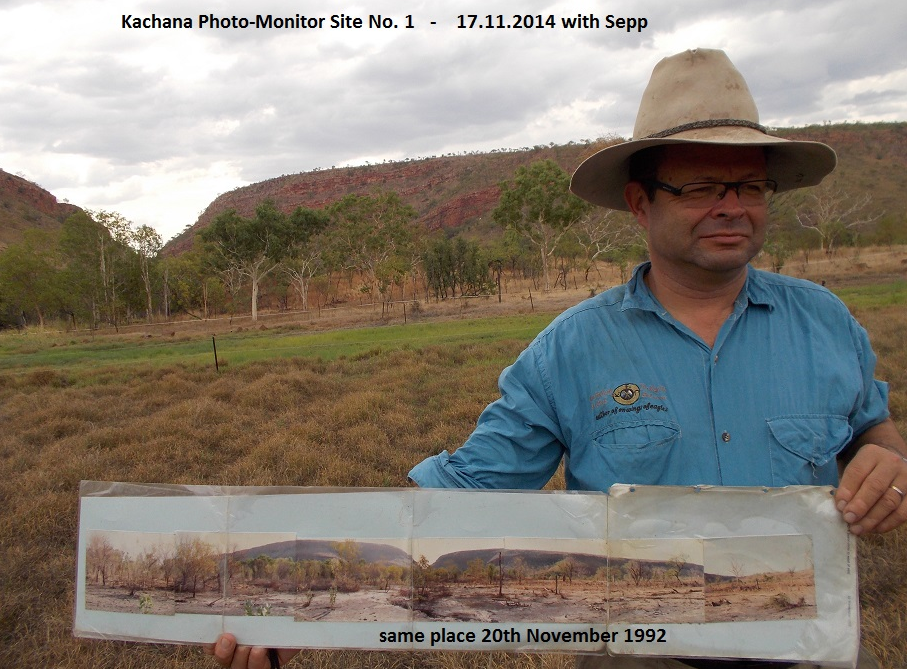